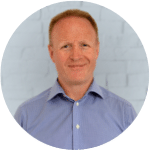 Chris is the Chief Executive and co-founder of Landways.

Chris has over 20 years’ experience in the telecoms industry. He is the former Chief Executive of Geo Networks which he co-founded in 2002. Geo was the first specialist provider of leased optical fibre in the UK, originally owned by Hutchison Whampoa and latterly Alchemy, a UK private equity fund. The business grew from zero turnover to over £40m in just over a decade and in 2014 was sold to Zayo, a US fibre infrastructure provider for $294m.

Prior to Geo, Chris started life as a solicitor at Linklaters & Paines where he practised in the firm’s litigation department. In 1997, he was appointed Legal Director of Colt Telecom where he was a member of the senior management team, eventually with responsibility for the Property, Public Policy, Project Office and HR departments, as well as the Legal team.

Chris holds a degree in European Law (LLB Hons) from the University of Warwick; a Diploma in Legal Practice from the College of Law; and is a Solicitor of the Supreme Court. 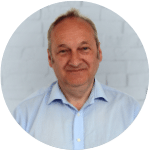 Mike is the Chief Strategy Officer and co-founder of Landways.

He has 30 years’ experience in the transport, communications and engineering industries, including 10 years in the UK rail industry and over 15 years in senior management roles in the telecoms sector.

Mike was Chief Operating Officer of Geo Networks from 2004 to 2014 and is the Founder Director of nuron, which delivers innovative monitoring and management technology for utility networks.

Mike is a Chartered Engineer and a Fellow of the Institute of Engineering and Technology. Maria is the Finance Director at Landways. Past roles have included being an Interim Finance Director for a number of growing companies in the leisure and tech sectors. She has held various Commercial and Finance roles during her career spanning over 10 years, in companies such as PwC and Shawbrook Bank.

Maria has a degree in Accounting, Business Finance and Management from the University of York and is qualified with the Institute of Chartered Accountants in England & Wales. 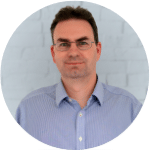 As Commercial Director, David is responsible for identifying investment opportunities and then structuring long term partnerships with both property owners and our customers.

Prior to joining Landways, David worked as a Finance Director within Capita, and before that at Geo for over 10 years, latterly as the Commercial Finance Director. He has also held various Commercial and Finance roles spanning over 20 years in companies such as Hutchison Whampoa, Deutsche Bank and EDF Energy. David holds a BSc in Mathematics from the University of Nottingham and is qualified with the Chartered Institute of Management Accountants (CIMA). 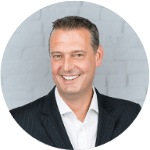 Matt has over twenty years’ experience in the IT industry and has been cultivating relationships within the sporting, technology and communications sectors while providing customers with a variety of innovative connectivity and communication solutions. Amalgamating customer requirements and digital strategy with new and existing partners, Matt demonstrates our core passive infrastructure’s ability to enable the business case for enhanced venue profitability, market engagement and connectivity to ensure a future-proofed smart venue for stakeholders.

Historical roles have included working at a global manufacturer of RF products which provide mobile and private mobile radio coverage. This involved working with mobile network operators across EMEA and large venues, such as Wembley and Heathrow to provide 2G/3G and 4G multi-operator coverage. 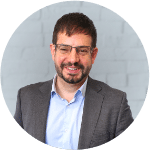 As Commercial Manager Ben will be focusing on helping clients access quality, performance guaranteed technology solutions ready to scale and adapt with their business with a focus on Net Zero Carbon objectives.

Ben has over twelve years’ experience providing a range of turnkey technology and software solutions.  With a strong technical and commercial knowledge developed over the last 8 years working in the smart parking and transportation sector. Providing access control, revenue management and digital commerce solutions that operate on cloud-based infrastructure and fibre optic networks.  He has experience in many areas of commercial property both in the public and private sectors. Including Airports, Shopping Centres, Local Authorities, Hospitals, Office Parks, Transport Hubs, Construction projects and many others.

He holds a degree in Business Management BA from the University of Kingston and a postgraduate qualification in Direct and Digital Marketing from the Institute of Direct Marketing. 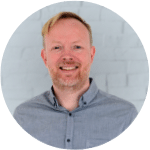 Prior to joining Landways, Hugo worked as a Business Architect for the Civil Service and before that as a software designer and engineer in several different industry sectors. Hugo holds a Masters degree in Telecommunications and Networking from UCL and a BSc Joint Honours in Maths and Physics from the University of Manchester. 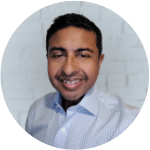 As Project Director, Avik will be responsible for ensuring Landways has the optimal capabilities and structures in place to ensure smooth and timely delivery of high-quality infrastructure projects and services to its customers.

Avik has over 26 years of experience in the telecoms industry of which, 20 years was spent at Vodafone Group Services. Delivering in various engineering, strategy and business development roles, Avik completed his service as Head of Technology for Partner Markets and CTO of Vodafone French Polynesia. Latterly, Avik spent 6 years at Cable & Wireless and their parent Liberty Latin America LLC, as CTO and Mobile Operations Director for the Caribbean and Latin America region, returning to the UK in 2020.

Avik holds a degree in Electronic Engineering from the University of Bristol and an MSc in Sustainable Energy Futures from Imperial College, London. Avik is a Chartered Engineer and a Fellow of the Institute of Engineering and Technology. 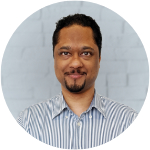 Prior to joining Landways, Damion had over 15 years of telecommunications industry experience with Cable and Wireless PLC (now Liberty Latin America) and Ericsson AB Managed Services, 8 of which were in the service support delivery engineering and technology operations engineering capacities. He has been involved in the planning, implementation, and operation of 2G, 3G and 4G-LTE networks, including their supporting power and transmission systems, in the Caribbean.

Damion holds a BEng in Electrical and Electronic Engineering from London South Bank University and is a Member of the IET and IEEE.

As Operations Director, Michelle is responsible for ensuring the engine of the business runs smoothly. Michelle leads the team who manage the asset portfolio working closely with our customers. Michelle also takes responsibility for IT, Facilities and HR.

Prior to joining Landways, Michelle worked at Geo as the Facilities and HR Director and has also held various HR roles spanning over 20 years in companies such as PwC, Hutchison Whampoa Vodafone and IDI Gazeley (a Brookfield owned company). Michelle holds a BA in Psychology and Management from University of Wollongong and is a member of the Chartered Institute of Personnel and Development (CIPD). 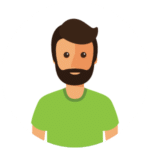 As Field Engineer Manager, Leon is responsible for site management of customers’ projects, from the initial project kick-off through to site operation once the installation and commissioning are complete. Leon leads a team dedicated to ensuring installation, solution monitoring and continued maintenance are conducted in a timely manner with minimal disruption to the customers’ ongoing activities on site. 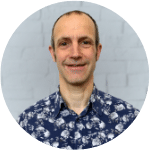 As a Solution Design Engineer, Nigel is responsible for customers’ infrastructure design, with a focus on Operational and Management design.

Nigel has over 20 years’ experience in the communications and networking industry. He started his career within the rail industry working on telecommunications systems in an operational support role. His role became more network focused and this led to him joining a newly formed network management group. He moved to Reuters and continued to work in network management, which then became a part of Radianz, a joint venture between Reuters and Equant. Radianz was sold to BT in 2005. Nigel left in late 2007 to pursue a career in Music Composition. Needing a more family-friendly role, he re-trained as a teacher in 2010 and worked as a math specialist in a primary school for 7 years. Missing the challenges and buzz of working in a leading edge technology team, he joined Landways in the summer of 2018.

Nigel has a degree in Electronics and Music and a PGCE. 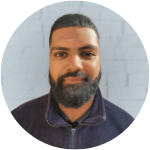 As Site Supervisor, Gurpreet is responsible for on-site activity at customers’ projects. Based at Adams Park, Gurpreet supports site access from the initial project kick-off through to site operation once the installation and commissioning are complete. Gurpreet leads a team dedicated to ensuring installation, solution monitoring and continued maintenance are conducted in a timely manner with minimal disruption to the customers’ ongoing activities on site. 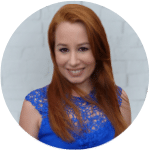 As Business Support Manager, Jade supports research, marketing and communications efforts to help the sales team and wider business in their activities.

With over 10 years’ experience in multifaceted marketing, events and administrative roles and a flair for creativity, Jade's ability to visually articulate ideas and produce professional resources is appreciated by the team.

Jade holds a Bachelor in Tourism and has studied Prince 2 Project Management at both Foundation and Practitioner level.

Chris is a founding Director of Howard Holdings.

Mike is a founding Director of Howard Holdings. 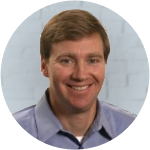 John is a founding Director of Howard Holdings. 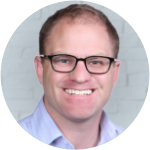 Evan is a founding Director of Howard Holdings.

Evan focuses on Broadband Infrastructure and Cloud/Enterprise IT Services. Evan is currently a member of the Board of Directors of Landways and TerraPact. Prior to joining Columbia Capital, Evan was the Head of Marketing and led the Voice Business for Roshan TDCA, Afghanistan’s largest telecommunications provider. Before joining Roshan, Evan was as an analyst with JPMorgan Chase’s foreign exchange and interest rate derivatives group in New York. Evan received his B.S. from The George Washington University, where he double majored in Economics and Political Science.

This website uses cookies to improve your experience while you navigate through the website. Out of these, the cookies that are categorized as necessary are stored on your browser as they are essential for the working of basic functionalities of the website. We also use third-party cookies that help us analyze and understand how you use this website. These cookies will be stored in your browser only with your consent. You also have the option to opt-out of these cookies. But opting out of some of these cookies may affect your browsing experience.
Necessary Always Enabled
Necessary cookies are absolutely essential for the website to function properly. This category only includes cookies that ensures basic functionalities and security features of the website. These cookies do not store any personal information.
SAVE & ACCEPT