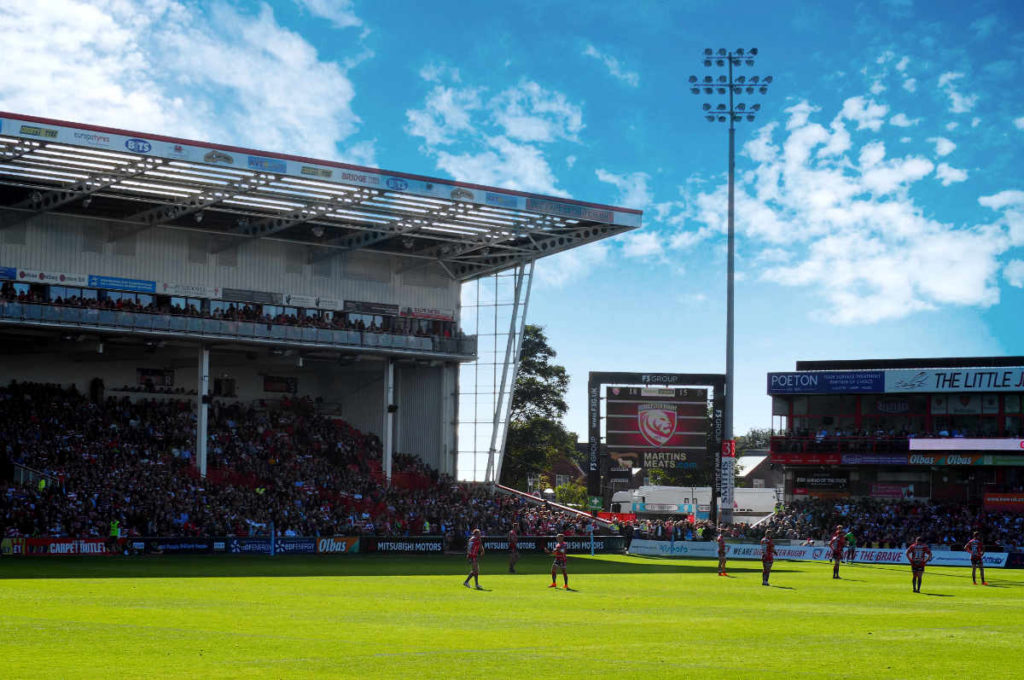 Landways’ Digital Infrastructure Project at Gloucester Rugby’s Kingsholm Stadium has been nominated for the Venue Technology Award in The StadiumBusiness Awards 2019.

Landways’ CEO, Chris Smedley, commented, “We are delighted to have been selected as a finalist for the Venue Technology Award. Our highly scalable digital infrastructure at Kingsholm is delivering market-leading levels of data connectivity and enabling Gloucester Rugby to deliver brand new services for fans as well as generating new revenue streams. We look forward to the awards event and meeting the five other nominees.”

Ian Nuttall, Founder, TheStadiumBusiness said: “TheStadiumBusiness Awards are about recognising leadership, innovation, and achievement in the delivery, operation and management of sports facilities globally. Since 2010 we have given awards to some of the top venues from around the world and this year will be no exception.”

An expert judging panel has come up with the shortlist of world-class nominees across the nine award categories and selecting the winners is expected to be a tough choice. Award winners will be announced in an Awards ceremony evening at Emirates Old Trafford in Manchester on 4 June 2019 as part of The StadiumBusiness Summit conference.

Check out all the awards categories and finalists for 2019:

Event of the Year Award

Executive of the Year Award

Venue of the Year Award

This website uses cookies to improve your experience while you navigate through the website. Out of these, the cookies that are categorized as necessary are stored on your browser as they are essential for the working of basic functionalities of the website. We also use third-party cookies that help us analyze and understand how you use this website. These cookies will be stored in your browser only with your consent. You also have the option to opt-out of these cookies. But opting out of some of these cookies may affect your browsing experience.
Necessary Always Enabled
Necessary cookies are absolutely essential for the website to function properly. This category only includes cookies that ensures basic functionalities and security features of the website. These cookies do not store any personal information.
SAVE & ACCEPT